Keele University is situated on an estate with extensive woods, lakes and parkland, formerly owned by the Sneyd family. The Sneyds came into possession of the Keele estate in the mid-16th century. Before the Sneyds the area was owned by the Knights Templar, a medieval Military Order. The first Keele Hall was built in 1580 and it was rebuilt in 1860. The hall is a major conference, wedding and banqueting venue and has Grade II listing from English Heritage for its architectural importance.

The university itself was founded as the University College of North Staffordshire in 1949 and received its Charter as the University of Keele in 1962. Keele's founding ethos is 'the pursuit of truth in the company of friends'.

Their research and teaching excellence is renowned: underpinned by a high quality curriculum, delivered by inspiring academics and enriched by everything else that goes into making a good education, great. Students have the support they need, and just the right amount of space, where they are encouraged to build their resilience and open their minds, to become as good as they can be and equipped to deal with the big challenges the world today presents.

Keele University was 1st in the 2015 National Student Survey of UK universities for overall student satisfaction with an exceptionally high score of 95%. 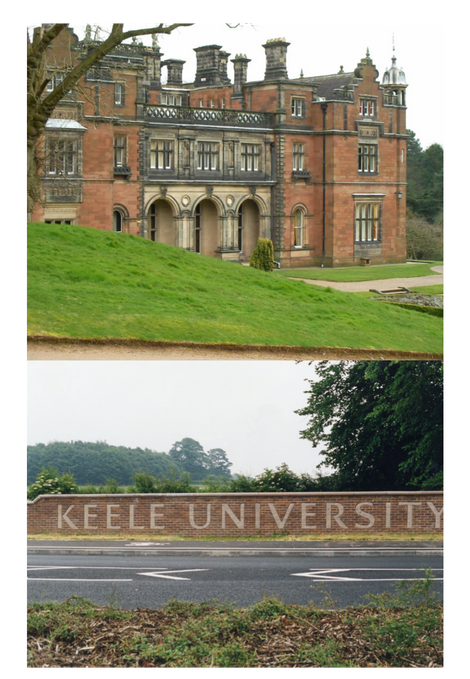