Originally founded as the Leicester School of Art in 1870, the university has evolved through many incarnations including the Leicester Colleges of Art and Technology and Leicester Polytechnic.

Leicester Polytechnic officially became De Montfort University on 26 June 1992. The name was chosen to reflect the University’s long association with Leicester by commemorating the celebrated Simon de Montfort, Earl of Leicester, a crucial figure in medieval history who established the first parliament in 1265.

De Montfort University is planning a £136 million transformation of Leicester city centre campus which will see improved teaching rooms, eating areas and the Students’ Union, and beautiful areas of parkland created at the very heart of the campus.

In addition to this ambitious project, DMU is also restoring the Great Hall of Leicester Castle to its former glory, investing £4.2m in the refurbishment and creating within it a new business school, building on DMU’s excellent reputation in the field of business and management, and offering a portfolio of new courses for ambitious, high-calibre students from around the world. 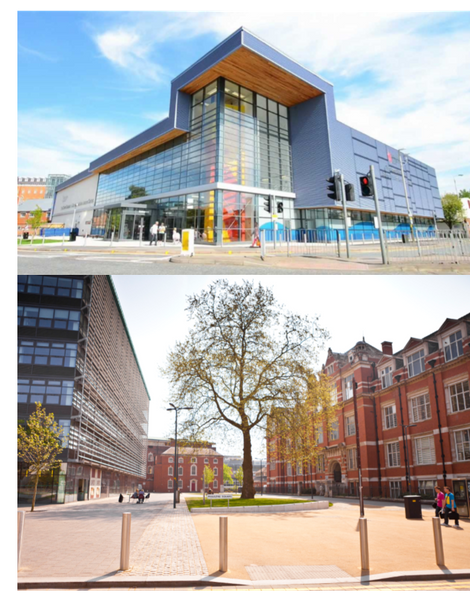